Excellent progress was made in several key areas during the scheduled “shutdown week”.  The main electrical transformer was relocated, and the new electrical switchgear was installed inside the building and placed into operation.  The contractors were able to install all but one of the new breaker panels required for Phase I.  The remaining panel, which services a small part of the building, will be installed during the holiday time so as to minimize any effect on operations.  While the building was unoccupied, the gas meter was relocated and some plumbing in the ceiling of the kitchen which serves the second floor space was reworked.   The contractors also took this opportunity to provide a better patch for the Fellowship Hall parking area.

The elevator pit has been completed and four large steel columns which hold the car are going into place one floor at a time.  Over the next week or two, the roof will be opened above the elevator shaft, and a small structure placed on the roof to close in the shaft and protect equipment located above the car.  Once that work is completed, the foundation for the Kid’s Playspace will begin taking shape outside the East Entrance as deep holes are created to hold concrete piers.  That will be followed by a concrete slab and eventually the steel beams.

Inside the building, the majority of wall framing for Phase I is complete, and the electrical and plumbing has been installed in the walls.  A good bit of drywall has already been installed and that work will continue over the next few weeks.  Sprinkler pipes are being installed above the ceiling level and most of the new duct work is now in place.  The stage in the Kid’s Center has been framed, and it is easy to visualize children and families using that space!

Each week we get closer to the time this renovated facility will begin serving our church and community.  Thank you to the people of FBC for your continued support and generosity to GENERATIONS. 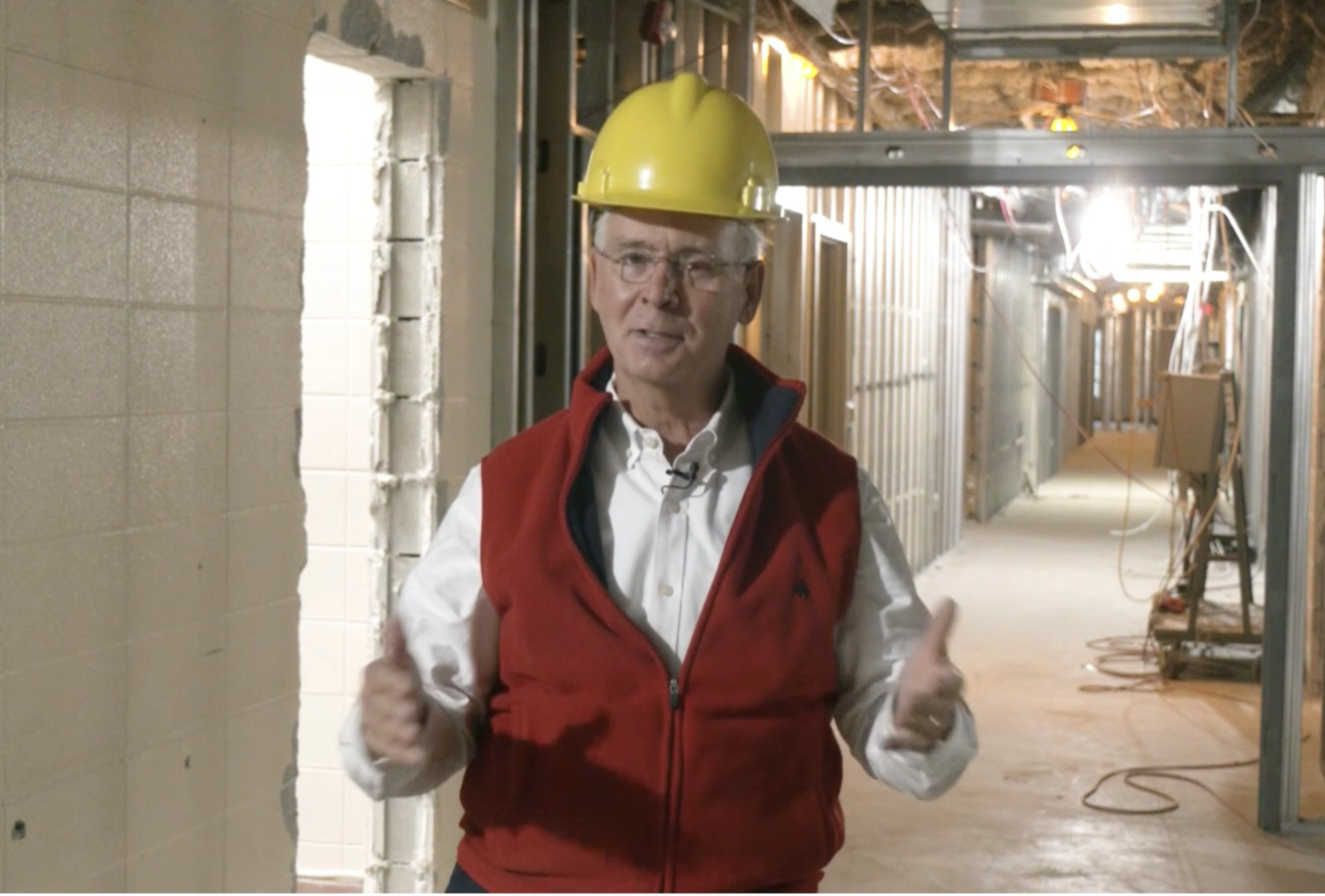 A Message from our Pastor + 6 Month Update