The Lord had said to Abram, “Go from your country, your people and your father’s household to the land I will show you. 2 “I will make you into a great nation, and I will bless you; I will make your name great, and you will be a blessing. 3 I will bless those who bless you, and whoever curses you I will curse; and all peoples on earth will be blessed through you.”

4 So Abram went, as the Lord had told him; and Lot went with him. Abram was seventy-five years old when he set out from Harran. 5 He took his wife Sarai, his nephew Lot, all the possessions they had accumulated and the people they had acquired in Harran, and they set out for the land of Canaan, and they arrived there. Genesis 12:1-8

By faith Abraham, when called to go to a place he would later receive as his inheritance, obeyed and went, even though he did not know where he was going. Hebrews 11:8

Abraham’s story challenges us – as any good story should – to think about how our lives may be similar to or different from the life lived by the characters in it. Families pass down stories of their origins, “why Aunt Bessie always does thus-and-so,” and why we cherish shared hopes for the future. Abraham’s ancient story will be the focus of our considerations for the five weeks of our GENERATIONS campaign. As we hear again Abraham’s story of traveling a journey that repeatedly saw uncertainties overcome through tenacious, deepening faith in God, we will have opportunities to assess our own journeys of faith, God’s constant provision for our needs, and how our lives can more faithfully accomplish all that God has promised us. These lessons will pose questions to hopefully stimulate your own questions about what you can learn from Abraham’s actions, the witness of scripture to God’s place in our lives, and how you can commit yourself more deeply to doing faithfully what God is calling you to do.

Most of us know Abraham well from hearing Bible stories about him, some of us for decades. We know him as the ancestral father of the three monotheistic faith traditions, Jews, Christians, and Muslims. Genesis 11 first mentions him as his father, Terah, has decided to move his clan from present-day Iraq (Babylon) to Canaan. Terah (whose name means “delay” or “wander” in Hebrew) got as far as Haran in modern-day Turkey, but stalled out there. Names of people and places typically hold special meaning in Hebrew. The Hebrew meaning of the place named Haran “parched” could indicate the tribe became dispirited and just couldn’t get themselves together to move on. Perhaps the name of the place reminded Terah too much of his son, Haran, who died back in Ur, and he might not have been able to shake off the meaning of his son’s name, “settled; sit down.” For about a century, Terah’s vision of new prospects in Canaan floundered in the halfway point of Haran.

Can you recall stories of grand plans you have had that stalled out and ultimately went nowhere? What caused you to delay for a season or indefinitely? Did you miss some point at which you could have moved ahead?

When Abram was 75 years old, Genesis 12:1-3 tells us, he had a personal encounter with God. Few details of how Abram recognized that God was calling him to gather his large clan to take on an arduous move to a new life are provided. Abram’s name is ironic. It means “exalted father,” but he and his wife had no children at the time. To heighten the irony, God promised Abram that he would become the father of many nations if he continued to live in faithful relationship with God. Abram was to start his journey with a divine promise of leaving a great legacy. Hebrews 11:8 tells us that Abram faithfully looked to God for direction, not to his own plans or visions.

The temptation to stay put at Haran must have been powerful. Abram was 75 years old, for heaven’s sake! He owned impressive flocks of sheep and financial resources. He and Sarai were not parents themselves, but they had many relatives and multitudes of household members. Remaining in Haran’s familiar space certainly would have been much more comfortable than disrupting everything and moving somewhere they had never been before! But God did call Abram to move. The promise was a legacy of property, generations of children, and countless blessings from God to share with people yet unborn.

FBC today stands as a 21-year legacy of people who heard and remained faithful to God’s call. In its first century, the church understood its call to be missionary people and were turned out of the local Baptist association for it. They and succeeding generations have understood their calling to reach all the people we can with the Gospel of Christ. Your faith is

a legacy of grandparents, parents, and forerunners unknown to you who have shaped your life and faith through the facilities, commitment to ministries, and prayers for your place in their future.

Like Abram, they did not always know in advance all of the details of where God was leading them, but they remained faithful to God as they imagined you being brought to faith in God through what they had the opportunity to do.

What is your most comfortable or comforting space in FBC’s legacy? What might it cost you to move out of your “comfort zone” in order to extend God’s blessing to others?

Part of Abram’s story is that he built altars for the worship of God various places along his journey. We are told first about the altar he built at Bethel (meaning “House of God”). That altar was a legacy even for himself, as we will see in the next lesson as Abram returns to worship there after some time away in Egypt. It would prove to be a significant place of worship for generations to come.

A vital component of the legacy left by Abram was blessing. He was promised that God would bless him with hosts of descendants and a place for them to live. He was commissioned to share God’s blessings with his neighbors so that they might come to know Abram’s gracious God. Abram could not imagine the blessing his faithfulness would be for generations after him, but he led his household to lay the foundations for God to multiply blessings right on through today. Our faith is part of the legacy of Abram’s faithfulness to God.

Examples of leaving a legacy are available to inspire our actions. Michael Jordan, one of the best basketball players of all time, was interviewed by a CBS reporter at the dedication of the Novant Health/Michael Jordan Medical Center in Charlotte, North Carolina. He funded the medical center designed to be free to any community member with his donation of $7 million. With tears of joy in his eyes, Jordan insisted that having his name on the clinic as a legacy was not his motivation. “My purpose for doing

it is because I see a certain need; I feel a certain warmth about it. If I feel like I’m making a difference, that’s all that matters to me,” he said.

Making a difference for how people practice faith in God and extend God’s blessings to others can be a powerful part of your legacy through FBC. You may not be able to match Michael Jordan’s $7 million example of leaving a legacy, but that is not the point. (Of course, we will be glad to give you that opportunity!) Abram gave faith and obedience to do what God asked first of all. Along the way, he gave his time and energy to build places and habits of worship of God. He continually strove to be in position for God’s blessings to overflow from his life to bless others around him.

A Message From Harvilee Harbarger 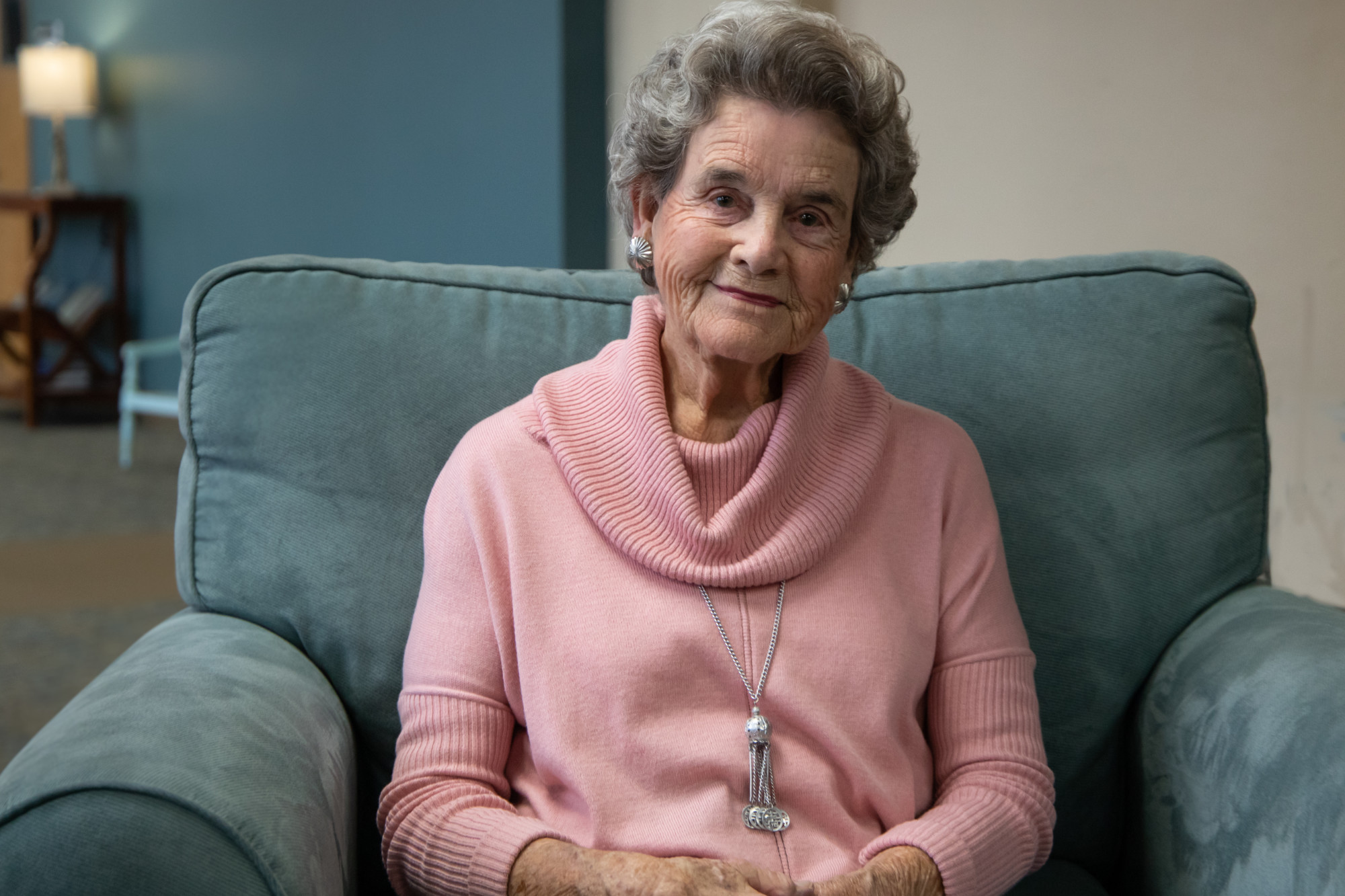